An agriculture communications major, with a concentration in advertising, Nick Nagele, is now the co-owner and COO of Whiskey Acres in Dekalb, Illinois. Whiskey Acres provides visitors a place to learn about agriculture, while also being able to share a drink. The distillery took on a different look at the beginning of the COVID-19 by starting the production of hand sanitizer.

Nagele credits the University of Illinois for helping him become a better businessman. The College of ACES allowed him to meet new people, have access to amazing professors, and excel in his natural talents. Nagele mentions that assistant dean Charles Olson was a key factor in him attending the University of Illinois and helped him reach his full potential. Being a student at the University taught Nagele to be bold, scrappy and fearless, which has helped him immensely while running his own business.

Before launching Whiskey Acres, Nagele worked in corporate relations for ADM, Weber Shandwick, and was a sales manager for Syngenta. At Weber Shandwick he found a passion to teach others about agriculture. In 2011, Nagele’s Syngenta customers, Jim and Jamie Walter, came to him with the idea to open a distillery with a focus on agriculture. Whiskey Acres opened in 2013, they began producing Whiskey at the end of 2014, and since then they have been a full-scale production. Nagele says “We have served over 40,000 guests from every continent, including Antarctica, 70 countries, and 40 states.”

Near the beginning of the pandemic, Whiskey Acres saw a need in his community and decided to help fill that void. Whiskey Acres’ first batch of hand sanitizer produced 170 gallons, but the batch size quickly grew by 6,000 gallons of hand sanitizer per week. Whiskey Acres donated hand sanitizer back to the community including, departments, firemen, and police officers. They also supplied ACE Hardware, food service companies, and the president of United Labs to fill an order for the Secret Service. With the profits made, Whiskey Acres donated $5,000 to the Northern Illinois Food Bank and $1,500 to Caring for the Caretakers. Nagele says that they chose the Northern Illinois Foodbank because “we felt it could have a large impact in our back yard and beyond”. As for the reason to choose Caring for Caretakers, Nagele says, “it was a way to immediately say “thank you” to those front line workers in our community”.

To those interested in starting a business, Nagele suggests “surrounding yourself with people who are smarter than you, people who will challenge you, and to be prepared to work harder than you have ever worked before”. Nagele also credits his wife, Amanda, for always supporting him, and their two children, Gunner and Everly. 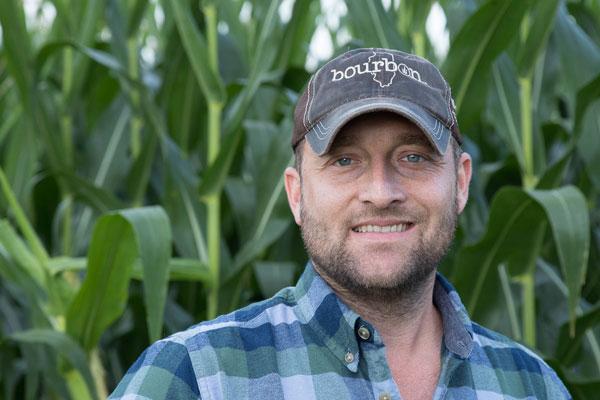